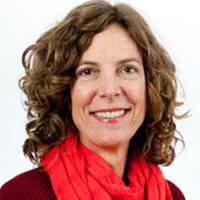 The U.S. Senate has approved a reconciliation bill that would mark the biggest climate action in U.S. history.

Below is a statement by Johanna Chao Kreilick, the president of the Union of Concerned Scientists.

“I am overjoyed. This vote represents a moment of clarity. The Senate is finally on the same page as the public in recognizing the urgency of the climate crisis.

“Reality has shown us time and time again that we ignore science at our own peril. Over the past month alone scores of lives have been lost in historic flooding, wildfires, and heat waves. Today the Senate has finally taken meaningful action to begin to address the underlying cause of dangerous weather extremes and accelerating sea level rise.

“This legislation would galvanize the nation’s transition to clean energy by helping to clean up our electricity, transportation, and industry, and make energy use in homes and buildings cleaner and more energy efficient. Combined with administrative and state actions, it could enable the U.S. to achieve its climate goal of reducing heat-trapping emissions 50 percent below 2005 levels by 2030. The U.S. emission reductions, along with other global action that this legislation should help spur, would give us a fighting chance of avoiding devastating levels of warming.

“That said, there are some troubling provisions in the legislation, including some that risk expanding fossil fuel use. Going forward, more action is needed to deepen U.S. emission reductions, help communities become more resilient to climate change, and address the disproportionate burdens of fossil fuel pollution borne by low-income communities and communities of color.

“Now let’s get this bill through Congress and to the president’s desk for signature as soon as possible.”