Every ten years, following the decennial census, the legislature has to redraw its districts.

As Senate Co-Chair of the Special Joint Committee on Redistricting, it has been my charge to understand the relevant law and data and to conduct a fair and transparent process to redraw the 40 state senate districts.

I have spent much of the past few years and almost every waking hour over the past few months working on this project. I have been guided and assisted by a great staff, superb lawyers, a brilliant statistician, many respected colleagues, many respected outside advocates (notably, The New Democracy Coalition and The Drawing Democracy Coalition), and, most importantly, by broad public input.

Today, we rolled out the results of that process in draft form. Materials on the new districts statewide may be found on our committee website. The Globe is also giving the process thorough coverage. My video overview of the issues in the senate map appears at this link, at approximately 41 minutes in.

The district that I serve is currently referred to as the Second Suffolk and Middlesex and is numbered D28 in the proposed plan. The proposed plan would:


I love all parts of my existing district and treasure my friends in all parts of my existing district. As chair, I have attempted to limit the role of my personal feelings in the decision-making process. These changes are all driven by a combination of demographic shifts in the Boston area — both as to total population within neighborhoods and as to voting rights issues for minority groups — and by traditional redistricting considerations such as compactness and simplicity.

The illustration below shows the boundaries of my old district in green with municipal boundaries in red. 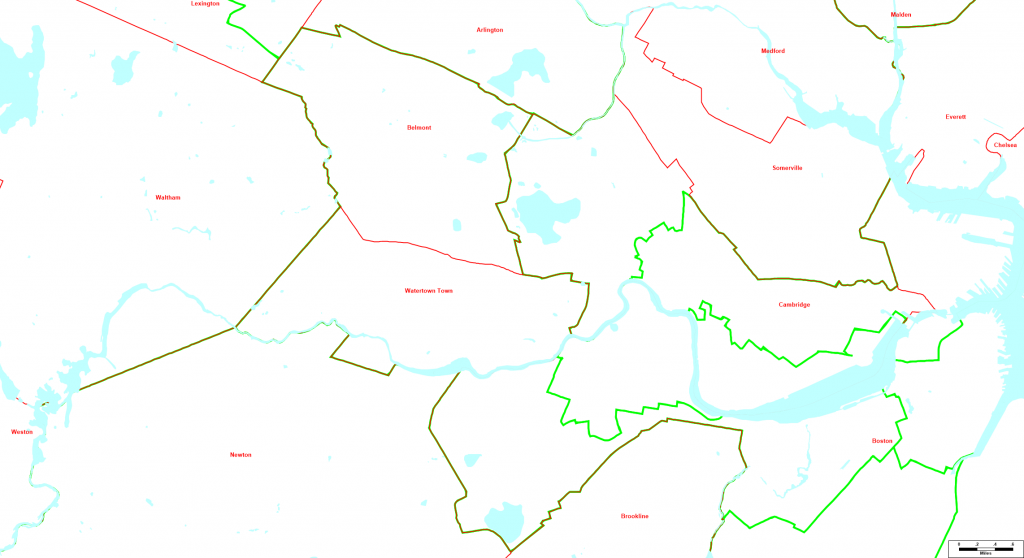 The illustration below shows the boundaries of my new district (D28) in green with municipal boundaries in red. 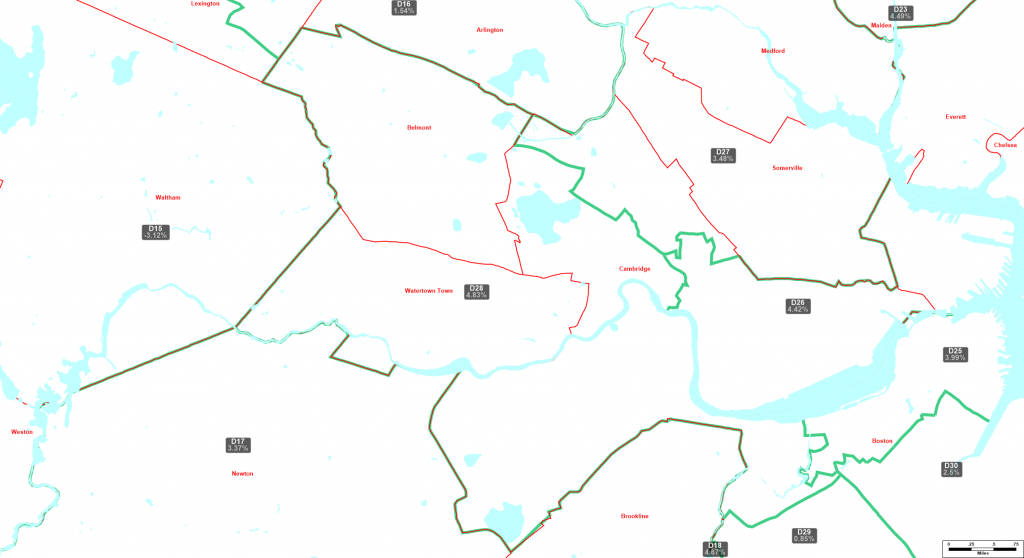 The confusing illustration below shows the boundaries of my district — before (red) and after (green). 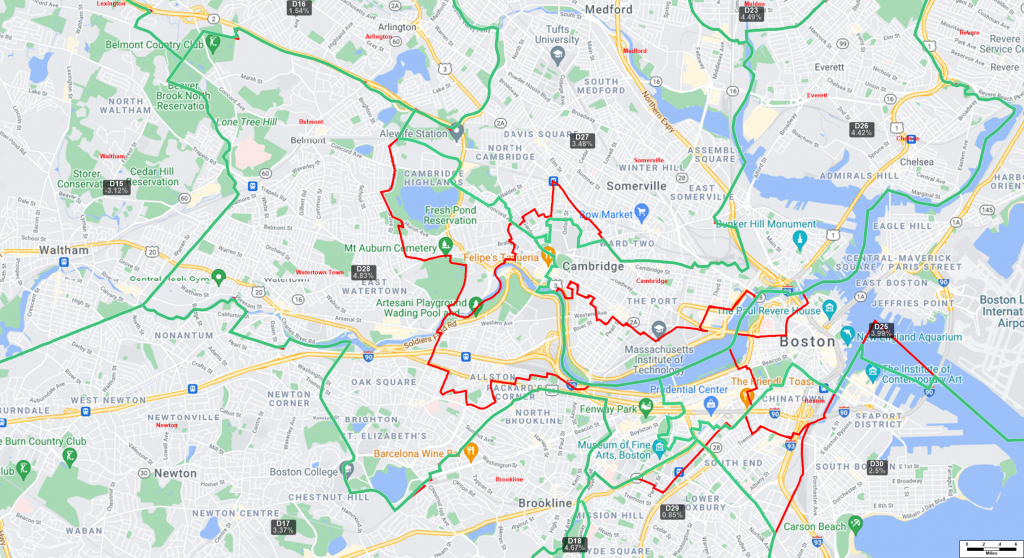 Suffolk and MIddlesex and Neighboring District Boundaries — New in Green; Old in Red

(Green Boundaries lie above Red Boundaries and may obscure them where they are in the same place.)

As always, I welcome comments here, but if people wish to make suggestions about the districts, I encourage them to submit formal comments to the committee at this link. There will also be a public hearing on Friday at 1PM — register to testify at this link. The committee will be accepting comments through next Monday, October 18 at 5PM. We will make necessary changes in response to comments and enact the districts in final form over the coming weeks.