Advocates to highlight impact of record-low refugee cap, call on political leaders to step up for human rights 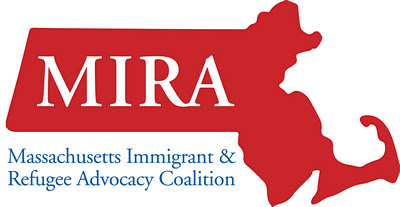 Advocates to highlight impact of record-low refugee cap, call on political leaders to step up for human rights

BOSTON – Leaders of refugee resettlement agencies, refugees, advocates and political leaders are coming together to discuss the impact of the Trump administration’s plan to cap refugee admissions at a record-low 18,000 for the fiscal year that begins today. This is less than one-fifth the average over the program’s four-decade history, and a 40% reduction from fiscal 2019. The White House also issued an executive order Thursday that requires consent from state and local governments to resettle most refugees, an open invitation to discriminate.

The draconian changes, combined with “extreme vetting” and other hurdles imposed on many refugees, have left refugee resettlement programs across the U.S. and in Massachusetts in tatters, and are forcing thousands of desperate people to remain in refugee camps indefinitely.

MIRA, New England’s largest coalition advocating for immigrants and refugees, teamed up with Oxfam to bring together refugees, leaders of resettlement agencies, and political leaders at the federal, state and local levels to take stock of this crisis and call for urgent action to raise the refugee cap.

MIRA Executive Director Eva A. Millona and Fatema Z. Sumar, Vice President of Global Programs at Oxfam, will welcome participants, and then Ms. Millona will moderate a discussion with U.S. Sen. Edward J. Markey; U.S. Rep. Joseph Kennedy III; Yusufi Vali, Director of the Boston Mayor’s Office of Immigrant Advancement; Mary Truong, Executive Director of the Massachusetts Office of Refugees and Immigrants; Jeffrey Thielman, President and CEO of the International Institute of New England; Marjean Perhot, Director of Refugee and Immigration Services for Catholic Charities of the Archdiocese of Boston; Angela Bovill, President and CEO of Ascentria Care Alliance; staff from the Refugee and Immigrant Assistance Center, and several refugees.

“We’re facing a global displacement crisis, with a record 70.8 million people forced out of their homes, including 25.9 million refugees who’ve had to leave their countries. The numbers are rising rapidly, driven by war, political repression, religious persecution, disasters, and climate change impacts,” said Eva A. Millona, executive director of MIRA. “America has played a central role in refugee resettlement for decades. We urge political leaders to step up and demand that the Trump administration raise the FY2020 cap, and to speak out in defense of refugees. This is a test of our collective moral character.”

“Welcoming those in need of refuge is a fundamental part of our national story, and the refugee resettlement program has been a lasting symbol of that continuing tradition,” said Daryl Grisgraber, Oxfam America Humanitarian Policy Lead. “We are appalled by this administration’s disdain for one of the U.S.’s most celebrated and successful displays of solidarity with the world’s most vulnerable people. In their senseless quest to keep foreigners out, this administration proves they are willing to abandon our nation’s founding principles and outright reject human rights.”

NOTE: This is a roundtable discussion with a media availability, not a press conference. Journalists are invited to observe and record the discussion, and participants will be available for interviews after the event. To make arrangements for interviews before the event or during the discussion, please contact Marion Davis at 781-654-5160 or mdavis@miracoalition.org.